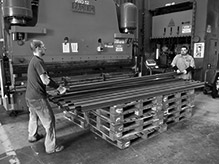 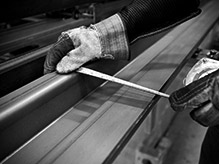 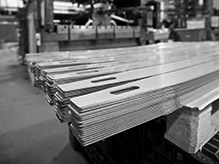 At T&D Metal Products, we are proud to be a third generation, family-owned company.

It all began with the company’s founders, Otto Tauck and Howard Dittrich, who opened up a shop in Marengo, IL in 1951. They were a great team, with Howard being the idea and vision person and Otto handling the financial end of the business.

When the company outgrew their facility, Howard located an old manufacturing building in Watseka, IL, where we are still headquartered today. Just before the move, Howard bought out Otto’s company stock to become the sole owner of T&D.

Roger Dittrich, Howard’s son, was raised in the business. He began in high school as a tool and die apprentice and went on to work in all of the positions at T&D Metal over the years. In 1981, he was promoted to General Manager and helped direct operations until 1985 when his father retired and sold the company to him.

Today, T&D Metal Products is under the ownership of Shane Dittrich, Howard’s grandson. Growing up in the business like his father, Shane balances the T&D tradition of excellence while creating new methods to increase sales, quality and production on behalf of our customers.